Not knowing quite how to deal with James Kang’s death on Friday, I figured one way to remember James would be to do one of the things he most enjoyed doing—shooting pictures. Several of the other JLOPers agreed.

Saturday afternoon, we went to Point Fermin, a beautiful park on the cliffs over the ocean near San Pedro. It was the first place this rag-tag band of lens slingers gathered to shoot pictures several years ago, and it seemed like a fitting spot to remember James. 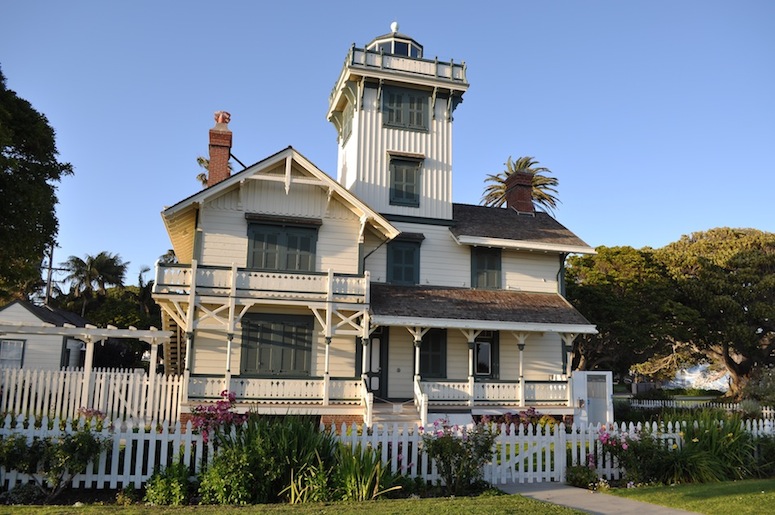 It was Bryan Frank’s idea to gather at “golden hour,” the time just before the sun sets that its light is oblique and softened by the atmosphere, and it was a good one. I roamed the park, part of the time with the others and part of the time on my own, looking for the kinds of things that would have caught James’ eye. 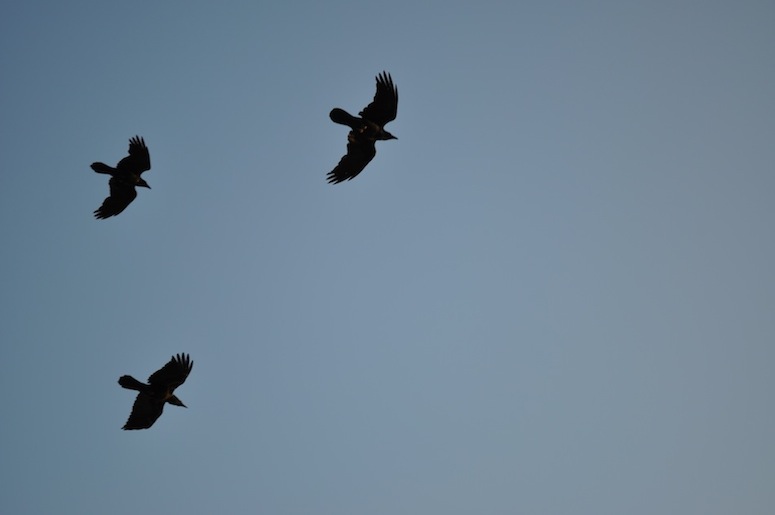 Birds in formation over the water's edge.

The whole idea of JLOP is trying to push ourselves to new levels of creativity. It’s not a club. It’s not even a confederation. If anarchists designed an organizational chart, it would look much like JLOP. It’s just a bunch of people who like to walk around taking pictures of things, and then posting them so others can comment. 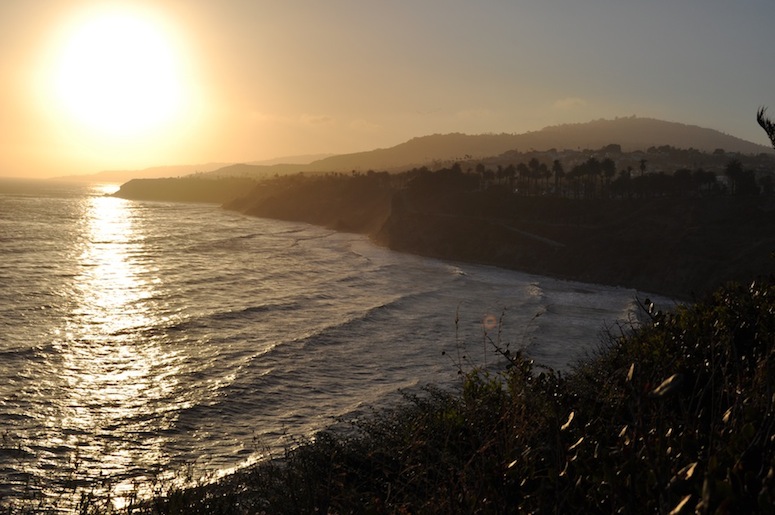 Sunset over Palos Verdes, as seen from Point Fermin Park.

Until very recently, James was unique in the group in that he used a film camera and stuck to black and white. That’s a very different beast than the digital models all the rest of us were using. With film, you have to think through every shutter snap because it costs money. Instead of shooting hundreds of pictures in the hopes of getting a few good ones, you shoot tens of shots, spending a lot more time pondering the exposure and the framing. If you don’t, you’ll soon go broke from the film-processing and printing expenses. B&W shooting is all about texture and composition. 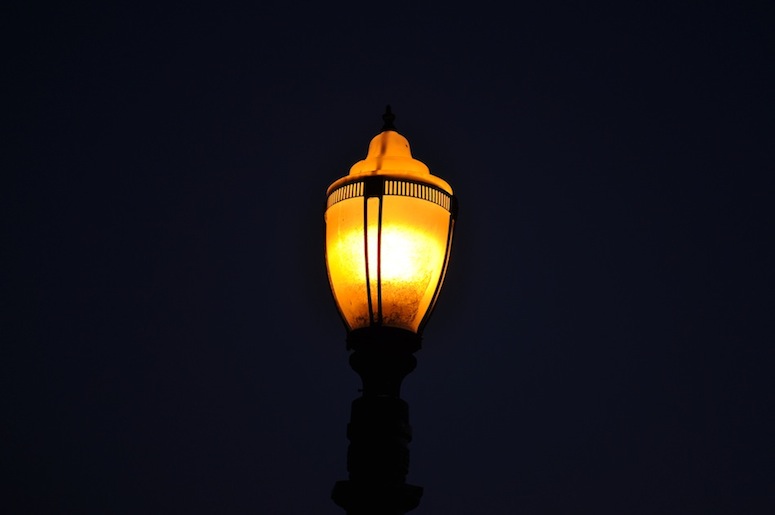 One of the lights along the path at Point Fermin Park.

James posted a considerable number of his b&w shots on his Flickr stream, which are fascinating to look through. It’s interesting to see how he was so good at capturing the moment, something which I often told him, and how much personality his pictures show. 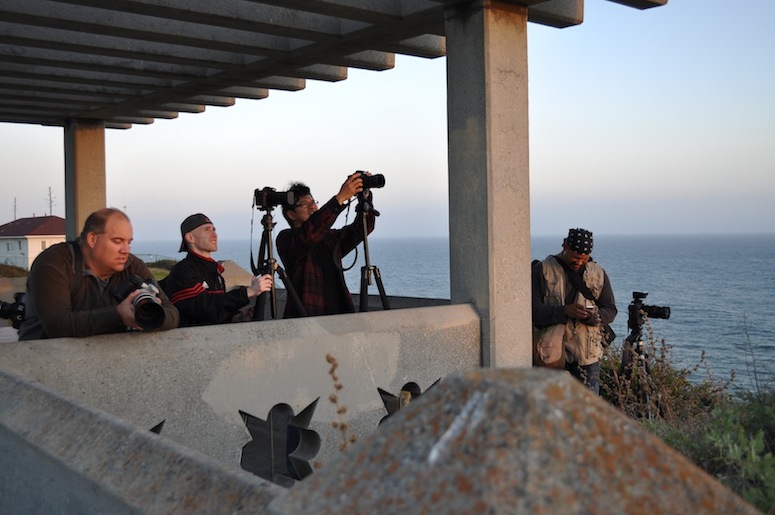 One other thing about James shooting b&w film. While everyone else would have pictures up within hours, it took James days. His film had to go to the lab to be processed. Thus, the instant gratification many of us got in the way of great feedback eluded James, at least until he switched to a digital camera.

I’m the last of the group to post my pictures from Saturday. Everybody probably thinks I’ve been procrastinating, but it’s really in honor of James and his b&w film.