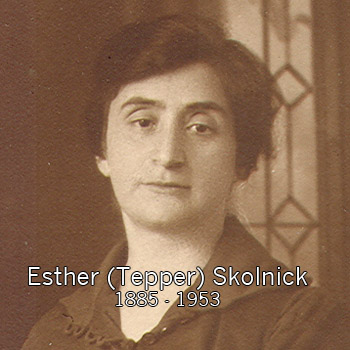 My grandmother was born in 1885 in Tluste, Galicia (now known as Tovste, Ukraine).  She was an industrious homemaker — my mother often marvels to this day at how she could pull dinner for 12 people out of an empty refrigerator — and the one who rallied a growing extended family around her dinner table.

My grandmother died, of liver cancer, two weeks before I was born in 1953.