I’m too dumb to come in out of the rain

A few things coalesced today, and I thought I’d try to take advantage of them. The first is the “Safer At Home” order, which keeps us around the property. The second is the blossoming of the roses in our front yard. And the third was the rain, which is a relatively rare thing in southern California, so rare that we tend to get overly excited about it.

I took all three things as an opportunity to charge up the camera battery and see what I could capture without leaving the yard. 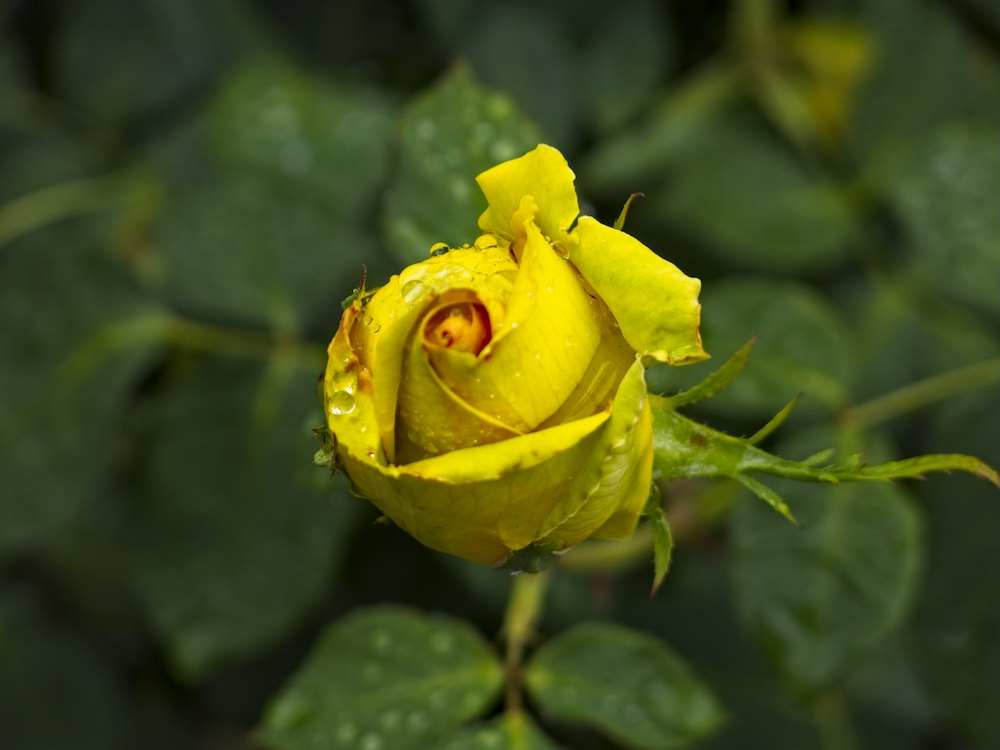 So the “little camera,” a Canon Powershot G15, did okay capturing the flowers with water droplets on them. It did a fairly nice job, but the focus, which I was using in automatic mode, seemed to capture only some of the shot crisply. (I may have to close the aperture a little more than I did to get more of the flower in focus.) 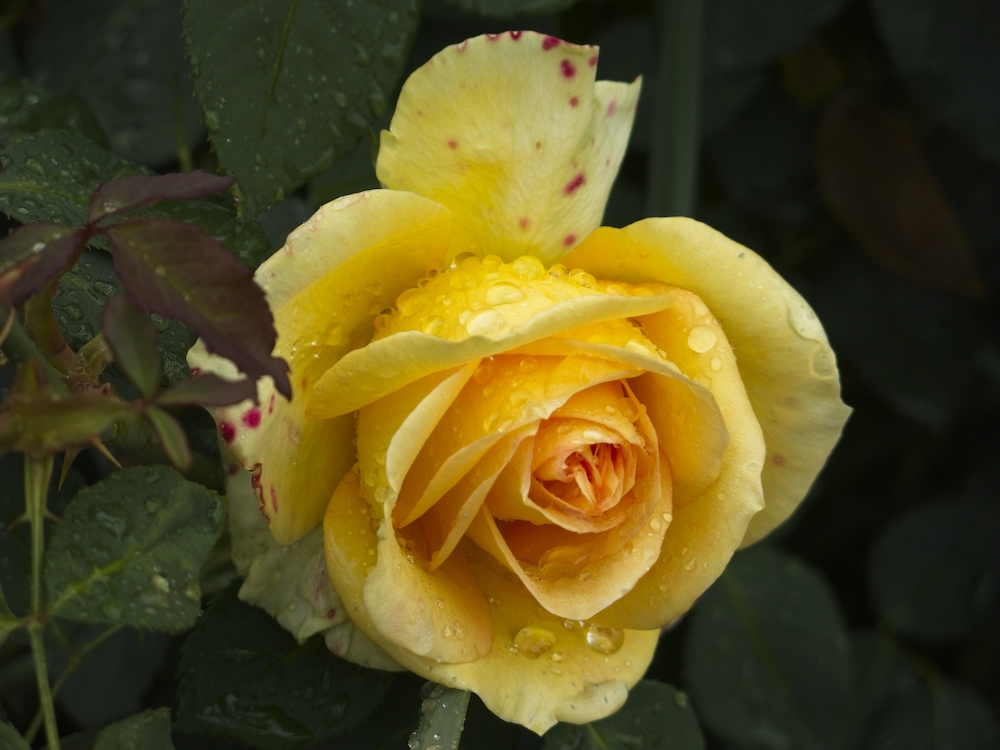 The droplets were a little sharper on this shot. 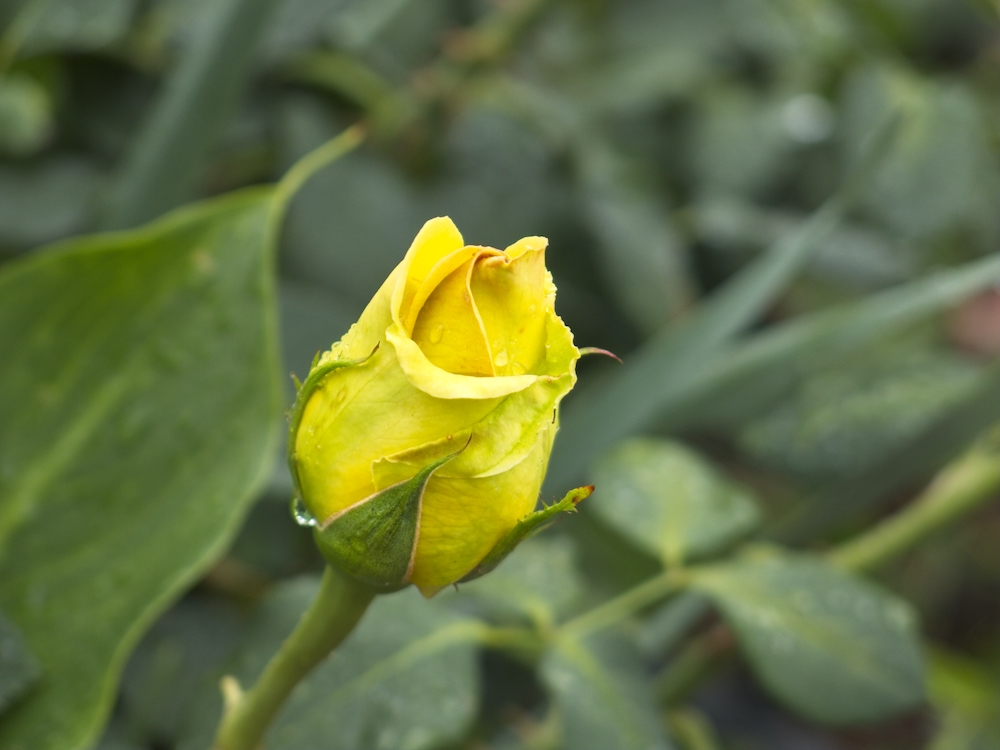 And they were okay on this one, especially the large drop accumulating on the bottom of the flower. 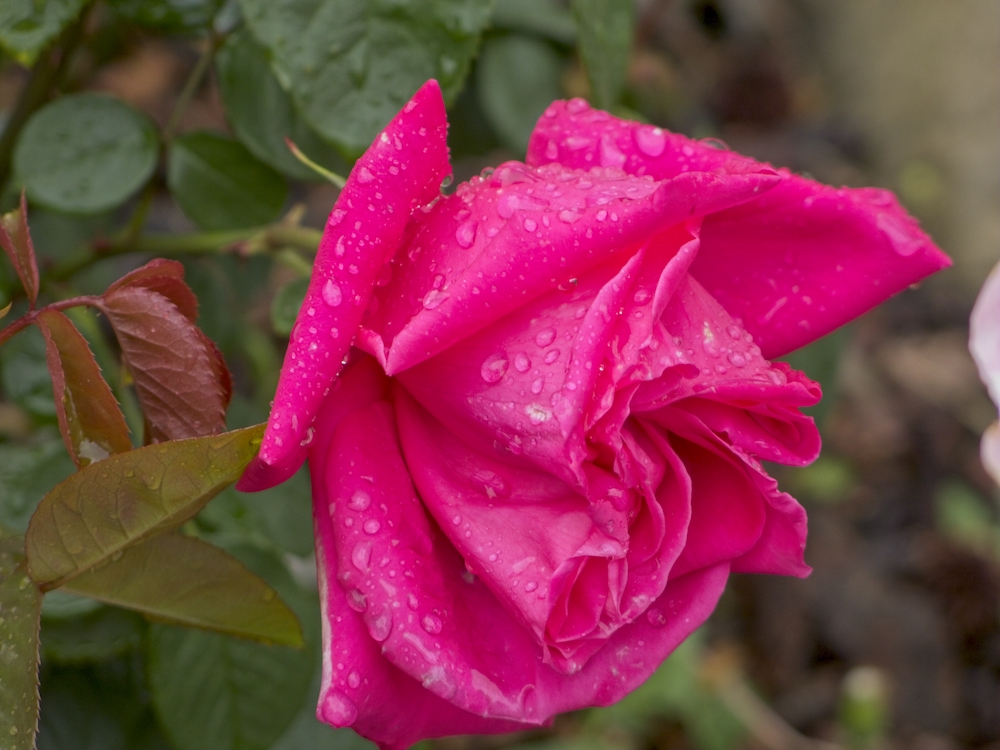 This one was the best, which may have something to do with the bright red color.

Next post: Filling in some of the Feuerstein blanks

Previous post: A year since my mom passed away