Filling in some of the Feuerstein blanks 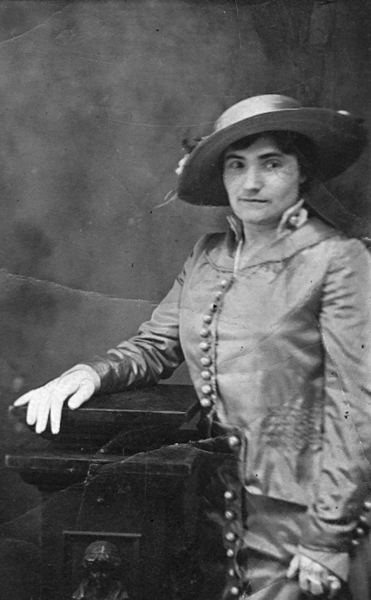 more information about the Feuerstein branch of my family. My grandmother, Mary (Feuerstein) Hoffman, is my link to this vast branch.

My grandmother died in 1934, probably of a stroke resulting from untreated hypertension, leaving four children who were under 16. My mother, the youngest of those children, was 11. It was a devastating loss for all of the children, maybe especially my mother, who lived the remaining 85 years of her life with the specter of that abandonment. It became a matter of faith with my mother that she couldn’t bear to see a hungry child and would often give up most of her meal so a kid could eat. She always looked out for those who had no one else to look out for them. And she always stayed close to her extended family.

As a result of that, I have met most of the Feuerstein descendants. Or so I thought until I started delving into the research. As there is no one left alive who remembers all of the intricate family relationships, and more importantly those often hilarious anecdotes and myths that keep the history alive, I have been resorting to the factual information I can find on the Ancestry.com site.

It’s a hard problem. You have to make, in many cases, a calculated guess and hope that it carries you to the right place four or five generations later. Often, it does. Sometimes the names-places-dates information leads you to the same conclusion as the DNA information. Or sometimes it leads you in a completely different direction and you have to unravel four or five entire generations.

I have posted the new tree here. I invite you to review it. If I’ve made errors, please let me know where and how to correct them.

Previous post: I’m too dumb to come in out of the rain