I drove over to Dockweiler State Beach late yesterday afternoon. Dockweiler is the beach you see out the airplane window as you’re taking off from LAX. It’s an open stretch of sand that runs for four miles.

I had an idea for a video for one of my other blogs, Shoreline5089.com, which is a chronicle of my quest to see the more than 5,000 miles of ocean coastline in the continental U.S. But as long as I was up on the bluff making a video of the sunset, I couldn’t come up with a reason why I couldn’t also be using my trusty DLSR.

It was a little cold and windy on the bluff (at least for a Californian), but I was on a mission. And nature didn’t disappoint me. 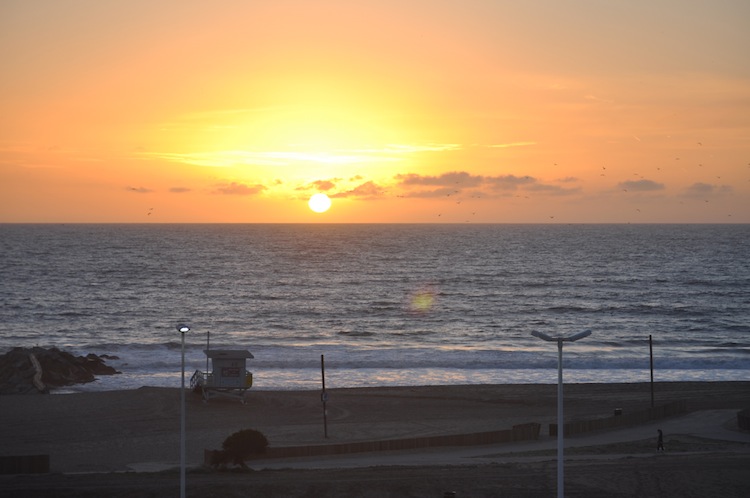 Just north of where the sun was sinking, there was a huge flock of birds. They seemed to be making decent progress against the crosswind, but I really couldn’t tell where they were headed. 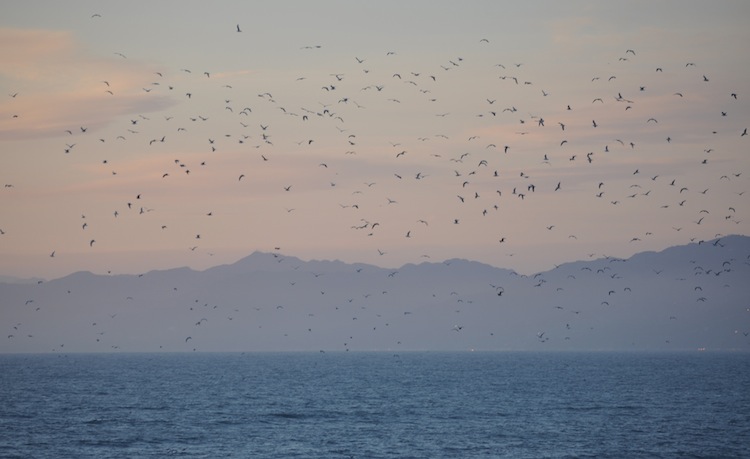 If you’d like to see what this scene looks like in motion, have a look at it here.