Sometimes the shutter captures what I fail to see

I drove out to Marina del Rey a couple Sundays ago to exercise my shutter finger. It had been awhile since I’d gone searching for scenes to capture, and the Marina has two things to recommend it: nice scenery and a place I’ve found I can park for free. I was bursting with enthusiasm to shoot because I’d devoted a little time over several previous days to watching tutorials about photo composition. There’s only so much I can watch about framing before I want to do some. 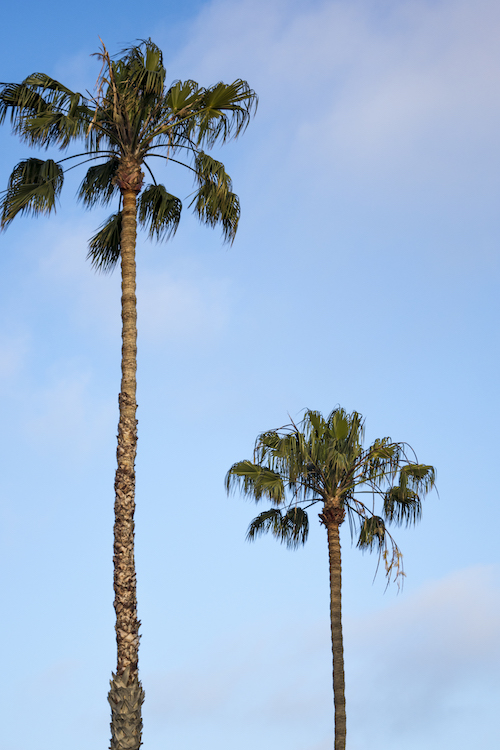 However much inspiration I was feeling wasn’t translating through the viewfinder. And I was starting to come up with all of those kinds of excuses that are so easy to make and so hard to listen to: it was too cloudy, the light was too soft, and there was nothing happening: no boats in the channel, so sun reflections on the building, no color (other than gray) in the sky.

Finding pictures is a whole lot harder than finding excuses!

I decided to power through and just practice some of the things I’d learned about composition and “working the shot” and the Rule of Thirds. It was, I’m sorry to admit, a modicum of motion for just going through the motions.

But I was there, even if the pictures I’d envisioned weren’t there.

So I snapped the palm trees against the sky and tried to make a lesson out of moving around enough on the pavement to isolate a couple of them and get them to create “leading lines” and “points of interest” on the modified tic-tac-toe grid that controls composition. 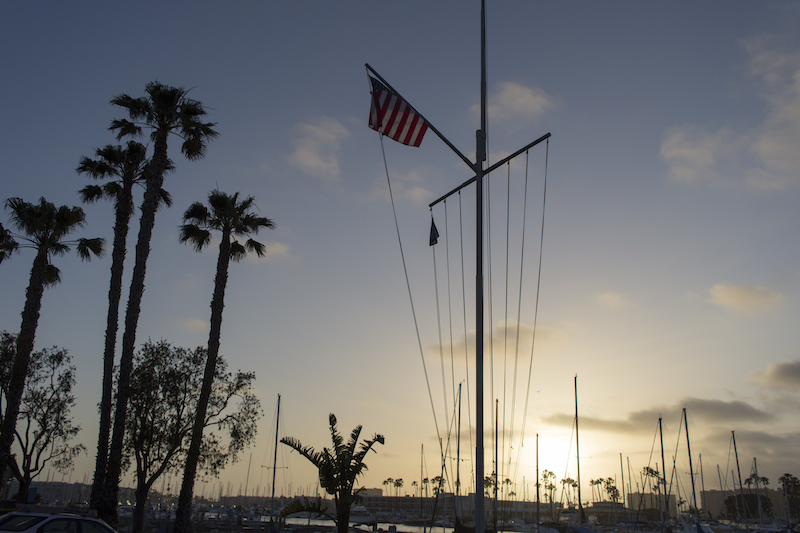 And then I moved about ten steps and saw something really offbeat. A sun through the haze. I switched to the telephoto lens and it looked… different. The silhouetted palms added something. So did the masts. So here it is: that afternoon’s big payoff. 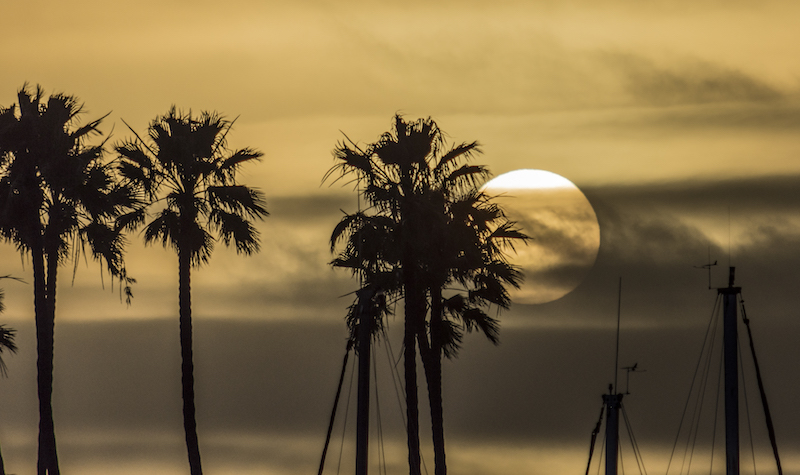 Sometimes the shutter sees what I don’t. And I’m thankful for that.

Next post: The email I wish I could send James Kang on the fifth anniversary of his passing