A Friday Reward in Malibu

I have to admit, I felt pretty good about debugging the video problem earlier today. And there were a few other small strokes of good luck into the early afternoon. I figured I may as well reward myself with an afternoon at the beach. There was that, and an advisory from the National Weather Service that the surf could kick up as high as eight feet before the sun set on south-facing beaches. 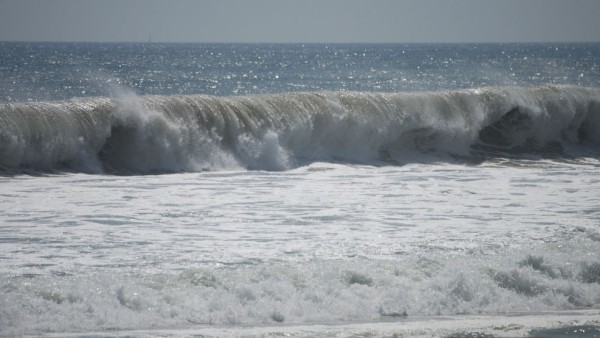 Heavy surf at Zuma Beach in Malibu, one of the south-facing beaches the National Weather Service said could see sets of waves up to eight feet.

That meant I had a choice. I could skip lunch and make a mad dash for The Wedge at Newport Beach, or I could have lunch and make a much more leisurely drive to Malibu. The advantage of The Wedge is that the triangular tidal action against the jetty there would probably make for some spectacular waves. The advantage of Malibu was, as I may have mentioned, an assured lunch before I hit the road.

It probably won’t come as a surprise that I opted for the guaranteed lunch.

By the time I got to Zuma Beach, which is toward Malibu’s north end, it was already mid-afternoon. While I did see some surfers—and no parking spots—around Malibu State Beach and just north of Malibu Pier, I pushed northward to Zuma. I arrived in the nearly vacant parking lots about the time the stiff afternoon breeze picked up, blowing out most of the surf. 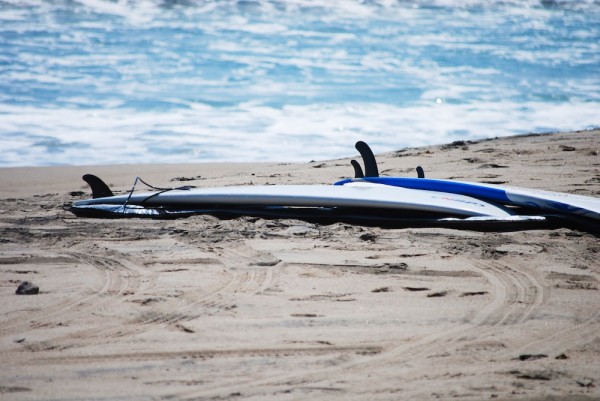 I’m thinking the waves never got to the threatened eight-foot stage. Maybe it was the 15-mile-an-hour wind or maybe the buildup was better than the reality, but I’m guessing the break I saw was five feet, tops.

Still, it was pleasant enough traipsing around in the sand, smelling the salt air, and enjoying the soft sunshine.

And I did get the opportunity to snap some pictures. There’s a value in that all to itself.

Perhaps the greatest sight of the afternoon was the pelicans moving around in formation. Or maybe they weren’t pelicans at all—their beaks seemed sharper and smaller, and their wingspan not nearly as large as the pictures I’m seeing online—but rather some other species.

I’ll have to leave it for another afternoon at the beach to figure out what they were and where they were going. 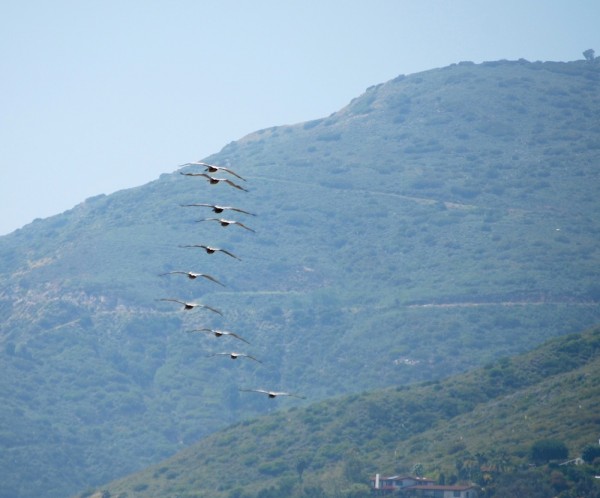 Pelicans flying in formation over Zuma Beach in Malibu