Let the Burger Battle Be Joined!

There’s a war going on in my neighborhood. Five Guys, a venerable hamburger chain that started in the Washington, DC suburbs, has opened in a mall in Culver City. It’s about a 10-minute drive from the hometown favorite in the just-burgers category, In-N-Out. 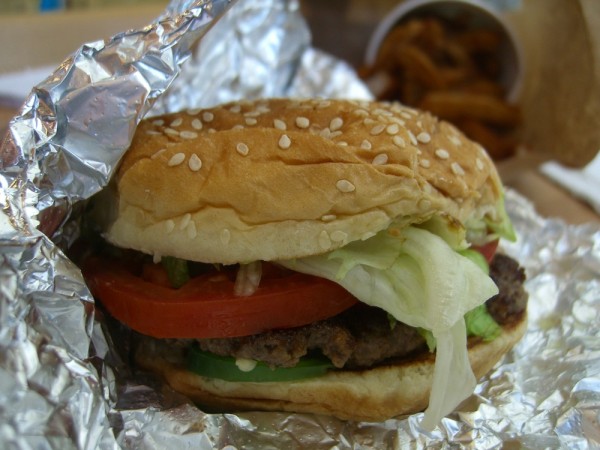 These two hamburger chains have a considerable amount in common:

There are also a substantial number of differences:

I first found Five Guys on a trip to Florida several years ago. The chain’s expansion there was lightning-fast about five years ago, with storefronts popping up in strip malls toward the end of the boom. (All the Florida locations I’m familiar with have so far survived.) 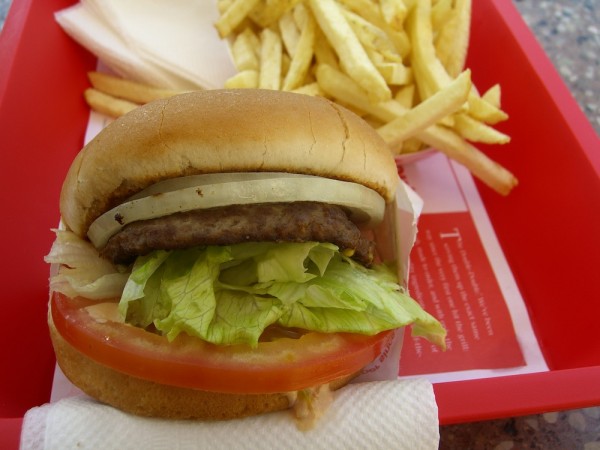 In-N-Out single hamburger, with everything (including raw onion)

I found In-N-Out in my adolescence—it’s a staple of Southern California life.

The ink about the rivalry between the two is running as thick as burger grease. Which is better? Which will win the burger war?

In my view—which focuses on burgers rather than businesses—there’s room for both. Every In-N-Out location I’ve visited between 11:30 am and 1:30 pm is packed every day of the week. My first visit to the Culver City Five Guys was a failure when I realized wending my way through the line that stretched into the mall would take at least an hour, and that was more time than I wanted to invest in lunch that day.

Perhaps the demand for what Jimmy Buffett called a “big warm bun and a huge hunk of meat” is greater than the analysts had predicted, that there really are enough people who like basic burgers to support more than one chain.

The marketplace will make that decision. What I’m discovering is that there are some wars it’s not half-bad being in the middle of.

Next post: What You See When You Get Up with the Sun