In searching around for information about the Sruel “Israel” Strauber branch of the family for yesterday’s post, I realized that a vital piece of the story had disappeared. That bit concerns the only street we know named for a member of the Strauber/Strober/Struber family. 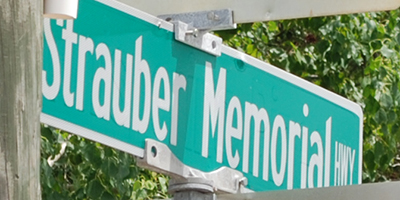 Strauber Memorial Highway is in Holiday, Pasco County, Florida, on the Gulf Coast north of Clearwater and west of Tampa. It is named for Henry E. Strauber, who was elected to the Pasco County Commission in November 1972, sworn in two months later, and then died in September 1973. He was attending a meeting of the Florida State Association of County Commissioners in Miami Beach, where he was elected a trustee. He collapsed after dancing with his wife at the group’s banquet. He was 75.

Henry Strauber was remembered in news coverage after his death as a “stabilizer” on the county commission, the only Democrat then serving and the swing vote between the eastern and western sides of the county. He’d established a volunteer fire department in Holiday, as he had in Bethpage, NY, where he lived and worked before retiring in Florida.

The day my daughter Rebecca and I tracked down Strauber Memorial Highway alongside a mangrove swamp and photographed the sign, we turned up some additional photos at the Clearwater Public Library—file photos of Henry Strauber taken by the Clearwater Sun two months before he died. 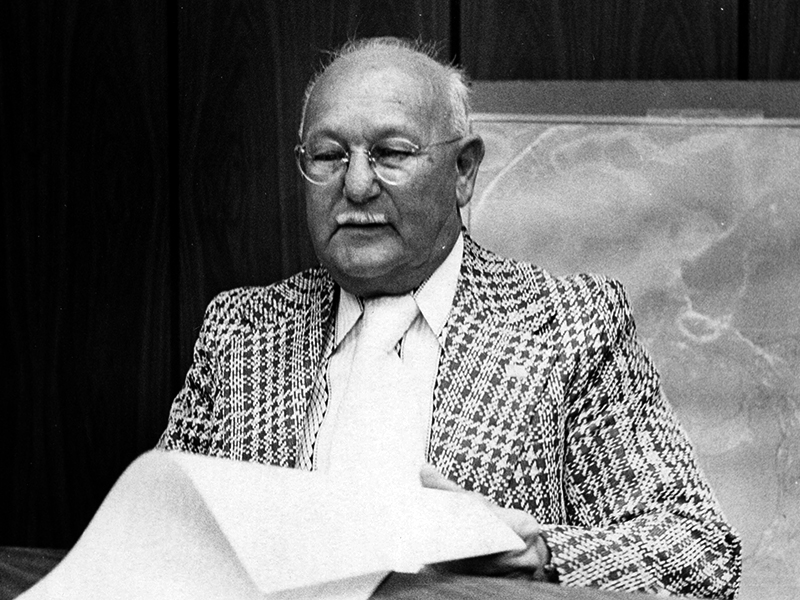 Henry E. Strauber in his seat in the board room of the Pasco County Commission. (Courtesy Clearwater Public Library.) 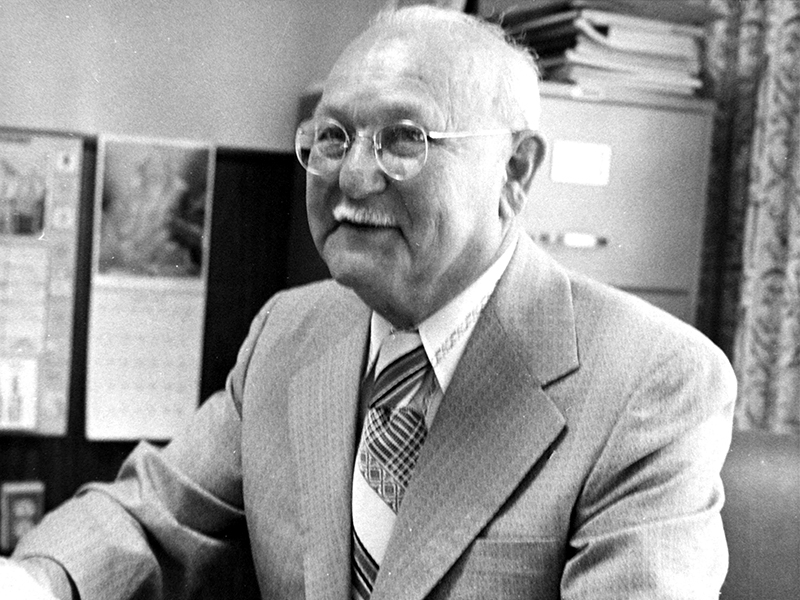 I originally posted these photos in a family genealogy area of Google in 2008, but over time, Google didn’t have enough traffic to the “pages” area and eliminated it. I didn’t realize until yesterday that the digital memorial to Henry Strauber was no longer available. So here it is reprised.

Next post: A short hike through my personal history