How did this place escape me until now?

I’d never even heard of the Cold Spring Tavern until a friend mentioned it a few weeks ago as without a doubt the best barbeque he’d ever eaten. He described to me where it was—in San Marcos Pass, which is in the mountains just east of Santa Barbara—and that it has been continuously in business for more than a century and a half.

In Italy or Greece, that wouldn’t be such a big deal. But in California, where things seem to get the “historic” designation if they were around since the 1950s, that was saying something. 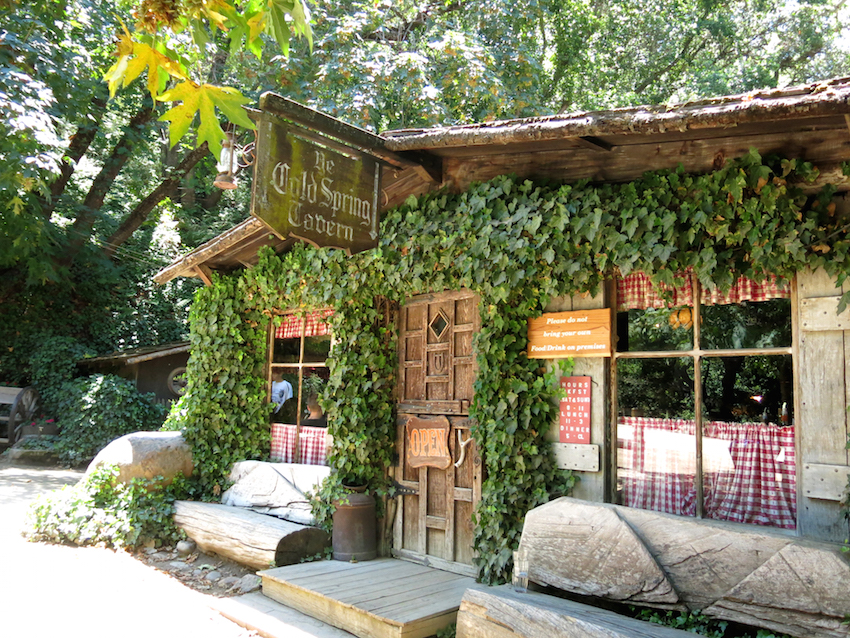 I couldn’t understand how I’d never heard of the place. I went to school in Santa Barbara. Although that was a long time ago, it was well within the arc of the tavern’s history. I’ve been over San Marcos Pass a few times in my life. Make that a few hundred times. Never even heard a rumor about the place.

It was easy enough to find on the web. I punched it into the GPS, and a couple hours later, I was parking the car by the stream on a road off a road off of San Marcos Pass. The creek, I guessed, was Cold Spring. And I hadn’t seen a single sign along the way for the place.

The restaurant itself was rustic. I’m not talking southern California faux rustic. I’m talking real wood construction from the century before the last one, with a real stone fireplace that consumed a whole wall.

I ordered the tri-tip sandwich. Tri-tip is a big deal in central California. It’s a cut of beef that for some reason you see only on the central coast. It’s sometimes called Santa Maria barbeque. Although it’s served a number of ways, I like it on a sandwich. 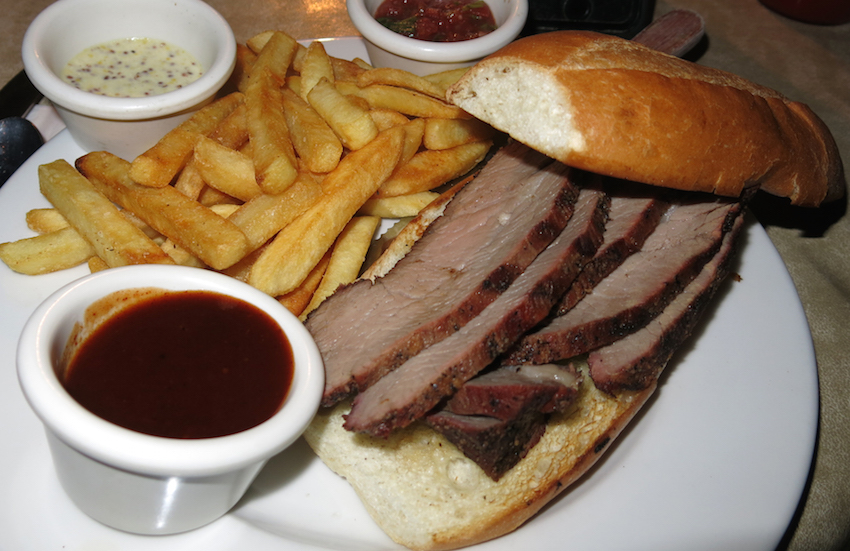 My friend was right. The slices were about an eighth of an inch thick, the baguette was crisp on the outside and lightly toasted on the inside. It came with three sauces—a homemade barbeque sauce, which was pleasantly tangy; a salsa, that had a hint of spice and a lot of fresh tomato; and an apple horseradish sauce, that to my taste had more horseradish than apple but was still very good.

Although I’ve worked at it for several years, I’m not very good at tri-tip at home… and I can’t figure out why. I’ve used oak, which is plentiful on the central coast. I’ve seared it on all sides and then moved it to the cooler side of the grill. Whatever I’ve tried, the tri-tip has been tough.

I asked my server how they do it at the Cold Spring Tavern. She said the meat is cooked on an oak fire to medium-rare, then placed in a steamer over beer and onions to be kept warm until it’s sliced and served.

Previous post: Where does this piece of the puzzle fit?