The warm, clear weather propelled me north yesterday afternoon to take a look at Rincon Point. It’s a spot on the Ventura-Santa Barbara county line that’s well known to surfers. It’s well known to me as well. I’ve passed by it several thousand times. Yet, I never stopped.

Yesterday was different. I timed it to get there just before the sun went down, hoping I could silhouette the surfers against a huge orange sphere sinking into the Pacific.

The surf was there. The surfers were there. But alas, the sun had its own ideas. 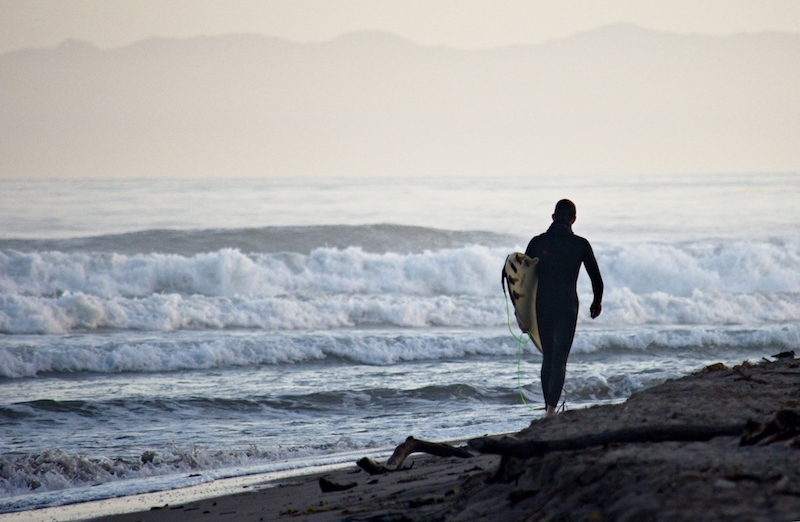 It turns out it sets this time of year 15 or 20 degrees north of Rincon Point. That means it was around the curve, away from the southwesterly swell.

These setbacks sometimes happen, and all you can do is make the most of them. I still had the waves and the riders. I also had a touch of that golden light of sunset. 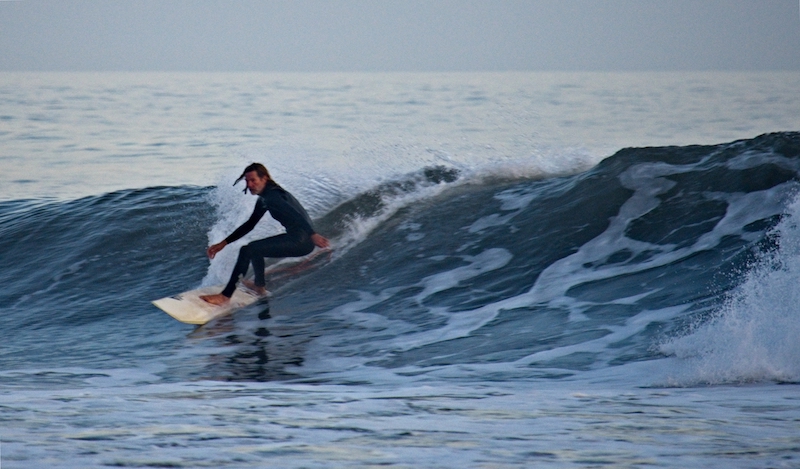 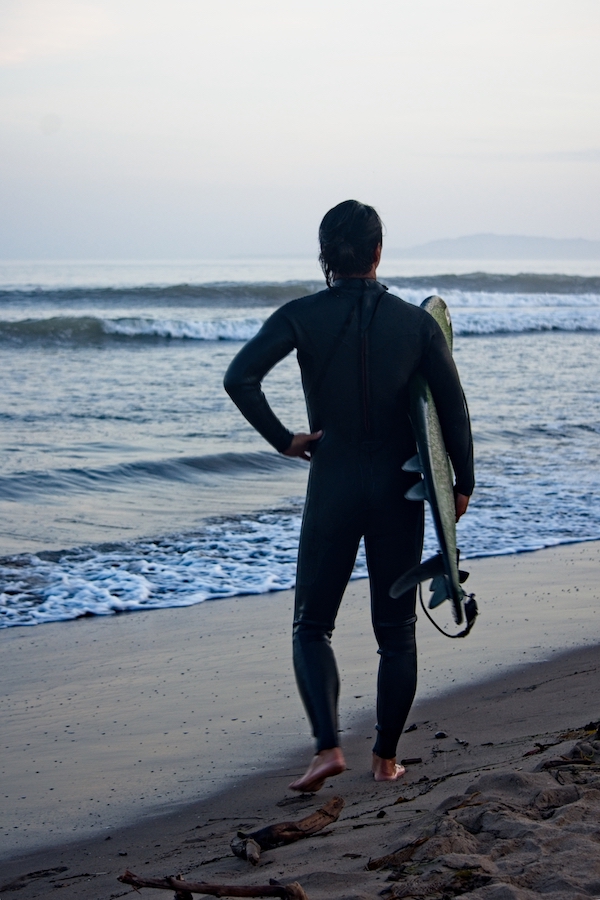 Given my luck with pictures lately, I decided that was enough for this outing.

Previous post: Monkeying around with a lens and some software