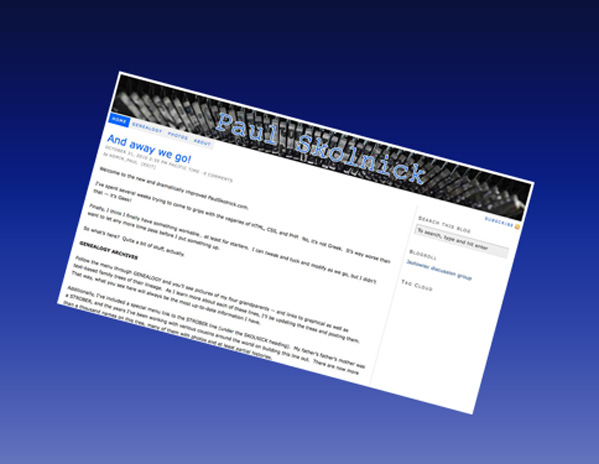 Yup, it’s been four years since I launched this blog. Just about this time of day on Halloween 2010, I finished four weeks of programming, uploading and coding—things which were then foreign to me—and thought that it worked. Well, it mostly all worked. The truth is, some of it worked. But throwing caution to the wind, I pulled down the construction page and let the world in.

The first post, in which I set some lofty goals, is still here. I’ve achieved some of the goals. Others I’m keeping up with. And then there are those that are still on the to-do list.

Since the construction page came down, there have been 31,362 pageviews, which averages out to more than 650 per month, or just over 20 a day. Inasmuch as I tend to post in bursts—from a height of 12 in November 2010 to lows in many months where I didn’t post at all—I’m fine with the averages. Another stat from Google Analytics: there have been 9,190 users, which is Google’s word for unique visitors. That works out to 6.38 per day. That sounds low, until you consider that if I met more than 6 new people a day in person, it would be beyond belief. Nearly 200 new and different people each month have read my musings, sloshed through some of the genealogy archives that are posted here, looked at my photos, or otherwise engaged with what’s here.

I’m not going anywhere, and neither is the site. I re-upped the subscription with the service provider and plan to stick around for a long, long time. I hope you’ve enjoyed the site—and that you’ll continue to enjoy it.